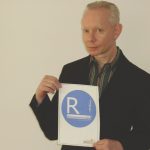 Joe Jackson, who has been a globally successful musician for more than 40 years, with more than a dozen studio albums and hits like „Steppin’ Out“ or „Is she really going out with him“, has also acquired a reputation as a critical mind within our movement. Besides his profession as an artist, he has regularly attacked tobacco prohibition and healthism with opinion pieces and interviews. The Briton, who escaped the smoking bans in New York and in the UK by moving to wild Berlin, in 2007 took over the patronage of an initiative by Netzwerk Rauchen. In the same year, … END_OF_DOCUMENT_TOKEN_TO_BE_REPLACED 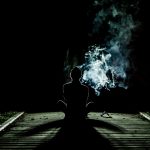 Since the turn of the millennium, we have a hypocritical, highly duplicitous state consisting largely of malicious do-gooders, who are only after the money of the poor, instead of toasting to the well-being of the citizens and not begrudging them their one of the last existing joys of life. But the state prefers antisocial exercise of power aided by its monopoly on violence and, together with its 25 percent of servants on its payroll (one out of four citizen now works for the state, all paid by us) it can exert its morbid suppression and control addiction with relish, in … END_OF_DOCUMENT_TOKEN_TO_BE_REPLACED