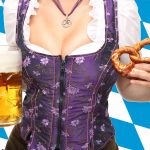 A good ten years have passed since smoking bans were introduced in Germany. Using the example of Bavaria, I would like to review these ten years. On January 1st 2008, smoking bans should have been come into force in Bavaria, a Bundesland (state) in the South of Germany. In a quiet backroom politicians and the DEHOGA Bayern, the German Hotel and Restaurant Association, decided on a legislative proposal.  One has to know that the DEHOGA’s member base consists largely of major  hotels and restaurants and that the DEHOGA saw in smoking bans an opportunity to significantly reduce cleaning expenditures of … END_OF_DOCUMENT_TOKEN_TO_BE_REPLACED