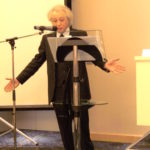 On March 10, 2009, a leading figure of the international antiprohibitionist movement, passed away. The Italian Gian Turci, died after a severe brain hemorrhage. Gian was Director of the International Coalition against Prohibition (TICAP), President of Forces Italy, International Coordinator of Freedom2Choose (UK) and CEO of Forces International. Especially in the latter office he grew to be the powerful voice, the sharp intellect and the organizational nerve center of the global fight against the discrimination of lifestyles and health fascism. After obtaining a degree in engineering in Italy, he moved to Canada where he spent the next  25 years of … END_OF_DOCUMENT_TOKEN_TO_BE_REPLACED