“There’ll be no new smoking bans or any other big smoking-related steps before the Presidential election in March 2018”, tells me confidentially a Russian MP. He may be wrong, but certain logic is there. Any politician willing to pick up the issue is running high risks, at least the risk of a suddenly divided electorate.

In fact, the electorate is not just split on that particular subject. Surveys show a distinct shift in public opinion on the matter. It was like 50-50 before the bans went into force in 2013, now it’s rather 60% against the acting and the future bans.

In my previous column I was talking about the Russian way of indomitable passive resistance to all kind of bans. That was the grassroots; how about the realm of high politics?

First thing you have to know is that the law enacted in 2013 is firmly associated with the man who was Russia’s President at the time of its passing, namely Dmitry Medvedev. And there were very few politicians in whole our history as unpopular as Medvedev is. Expectations are high about his post-election removal from the current prime-ministerial position, so as to give way to new generation of leaders who will replace Vladimir Putin one day.

The anti-smoking law was on the verge of being thrown out of Parliament in 2011, when Medvedev personally intervened, in his capacity of the head of United Russia, the ruling party. That’s very typical of that man with his reputation of a relentless reformer. To remind, surveys show that “reform” is a very bad word in today’s Russia, with 70-80% hating it. We may want all kind of improvements, who doesn’t, but a reform here is a synonym of a drastic change imposed from the top by people who know better about how we should live our lives. And, by the way, that’s exactly what smoking bans are.

So, that’s Medvedev. At the same time it was noted that non-smoking and very fit Vladimir Putin has carefully disengaged himself from the anti-smoking campaign. He is known for his words about fighting smoking without stomping on human rights, and nothing much else besides it.

Putin’s inborn instinct of being with his nation on almost all the issues is well-known. That’s why his ratings for the oncoming elections are between 67% and 90%, depending on the question asked. Any politician opposing him would collect 5% at best.

Putin likes riding on issues where more than 90% of population are in agreement, like with return of Crimea back into Russia. What he really hates is divisive issues, especially when one side of the argument is getting aggressive. And that’s exactly what the anti-smoking zealots are doing. Putin is already speaking, these days, about “the harmonious future, impossible to achieve without respect to human dignity and traditional ethic values”. He also speaks about proper ways to conduct the debate, namely “stating your opinion and doing it well, so as the people accept your position”. All in all, anti-smokers are not his friends, at least right now.

But how about a renewal of the anti-smoking crusade after the election? That’s a very tricky subject. As mentioned, we expect a change of government. And Veronika Skvortsova, the health minister and a spearhead for anti-smoking policy, is easily the least popular Cabinet member by now.

That’s not exactly or not only about smoking. What we dislike is a destruction of a health-care system, called, predictably, its reform. Simply speaking, the public often has less medical care for bigger money.

Normally, therefore, Ms. Skvortsova should be keeping quiet on smoking right now. Nevertheless, last month she has introduced a new version of smoke-free future national goals. That document is a rewriting of a similar British plan, with two basic differences. First, it is against any new nicotine-delivery systems, while the Brits hold the opposite view now. And second, the Russian document is a study in hatred against tobacco companies and anyone and anything even remotely “associated” with them. The government officials are virtually to be banned even from rubbing sleeves with any tobacco sellers, and forget about anybody’s right to “stating their opinion and doing it well”. 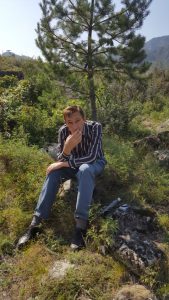 All in all, the initiative looks very much as an attempt to gain some anti-smoking ground until it’s too late. That’s a desperate attempt, since that document has, first, to be discussed by the rest of the ministries. Their position is well-known. Only 7 months ago the other ministries have collectively murdered Skvortsova’s previous and more radical plan.

The Health ministry is very unpopular among other offices for imposing on them a lot of prescriptions for disasters. Making cigarettes even more expensive means opening the gates for smuggling and counterfeits, like it happens in Australia, UK and anywhere else. Ministries of trade and finance do not like it. Trying to contain the smuggling means a lot of money and effort for the home ministry, and it doesn’t like it, either. The general mood in the governmental offices is grim, they want Ms. Skvortsova to lay off the tobacco subject and start managing the medical disaster her ministry had created. And still she is charging on.

Veronika Skvortsova herself happens to be a really nice lady and a good doctor. As is in other countries, the real problem is with the medical anti-tobacco lobby that has attached itself to the ministry like a leech. They don’t care about Skvortsova’s carreer, and they are nervous and in a hurry. That reflects the general state of the global anti-tobacco movement that feels the earth shaking under its collective feet, and pushes on with more bans and other ugly initiatives. The government officials in Russia by now know the general situation quiet well and quietly resist any new anti-tobacco initiatives, not to mention the implementation of the old ones.

In any case, everybody waits for the new government after the March election, maybe with a new health minister, besides wanting to stall anything that may disrupt election results.

As you can see, Russia is suffering from the same problems as any other country, and yet it’s in a very different, maybe in a unique position. So how my country may be of help to anyone fighting against the global anti-smoking disease? I know a lot of people, Europeans or Americans, hoping for salvation coming out of Russia, with its historic record of breaking the back of a lot of global pestilences, starting from Napoleon wars or even earlier. Some of my foreign friends talk about a Stalingrad-scope showdown on the anti-smoking front that evolves about right now.

I’ll try to share some of my ideas on that subject in the next column.

About the author Dmitri Kosyrev